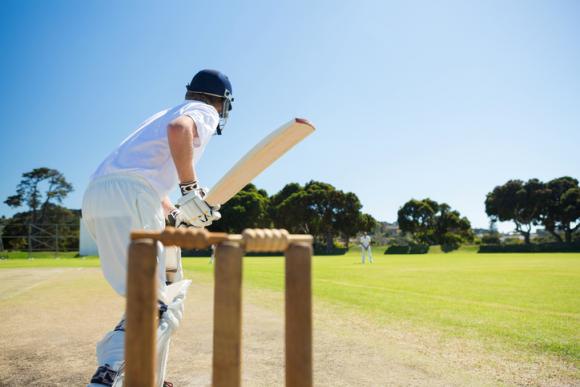 Last season, for the first time in over 30 years Forest Green Cricket Club went on tour! As it had been such a long time, they decided not to do things by halves so they went to Corfu. Two games were arranged for the end of September, one of them to be played on the famous ground amongst the cafes of Corfu Town, the other to be played on the Marina ground nearby.
On the first day, much to the team’s dismay, they were met at the ground by the sight of the opposition limbering up in a most professional manner. When they asked the name of the team they were told it was the Greek National side! As Greece were taking part in an international tournament the following week they needed to practice. Unfortunately Forest Green were no match for them.
The following day the match was against a team called Achilles in Corfu Town and Forest Green became only the third Corfu Tours team to win there! The other two teams to have that distinction were The Lords Taverners and the MCC!

The new Parrot is open

No no he's not dead, he's restin'! Parrot gets re-fit.

Bonfire Building... We Need You!